Magazine.com.co : Your daily dose of News & Updates get your daily dose of news, updates & trends curated from around the world. at Magazine.com.co we provide the latest and most trending information.
Home World News USA News the United States will reopen its borders “at the beginning of November” to vaccinated international travelers 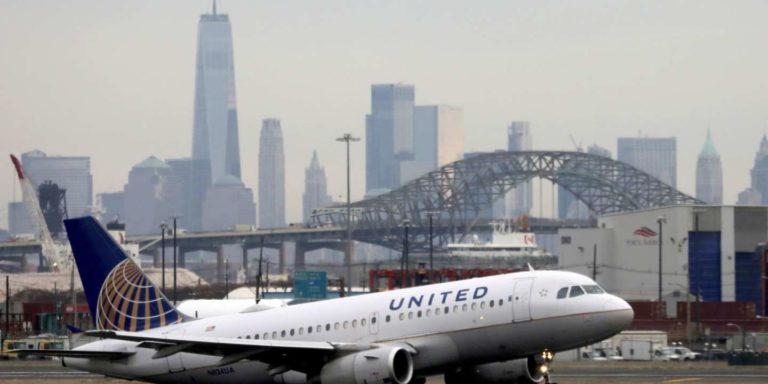 The United States will allow the entry into its territory of travelers vaccinated against Covid-19 from the European Union and the United Kingdom in particular, lifting restrictions put in place in March 2020, announced the White House on Monday September 20.

All travelers from abroad, provided they are fully vaccinated, will be able to enter from ” beginning of November “, she added.

They will also have to be tested and wear a mask, while a contact tracing system will be put in place, said the coordinator of the fight against the pandemic at the White House, Jeff Zients. The latter insisted on the fact that this decision, which comes in a context of great tension between France and the United States, was “Dictated by science”. There will be some exceptions, especially for children who are not yet eligible for vaccination. In addition, the new rules will not immediately apply to travelers crossing the land borders with Mexico and Canada.

The United States is currently banning its territory to most foreign nationals who have resided during the last fourteen days in the 26 countries of the Schengen area as well as in Ireland, the United Kingdom, China, India, Africa South, Iran and Brazil.

The United States has taken the time, according to Jeff Zients, to put in place a global system based on ” the individuals “ and not on differences in treatment depending on the country of origin. He did not specify which vaccines would be recognized to allow entry of travelers.

American borders have been closed to millions of international travelers, whether tested or vaccinated, since March 2020, a situation that has caused growing impatience among Europeans in particular, causing painful personal and family situations.

The European Union, for its part, announced on August 30 the return of restrictions on non-essential travel to its territory from the United States, but leaving its member states the possibility of lifting the ban for fully vaccinated people.

Jeff Zients also clarified that unvaccinated Americans who return to the United States after a stay abroad would be subject to even stricter testing obligations. They will therefore be asked to be tested the day before their return and again after their arrival on American soil.

The White House has toughened its tone in recent weeks and multiplied announcements to impose vaccination where federal authorities can afford it. However, it has not yet taken one of the most drastic decisions in its power, namely to impose vaccination for domestic flights in the United States.

The European Commission welcomed the American decision on Monday. “We welcome the announcement by the United States that fully vaccinated European travelers will soon be able to travel to the United States again. This is a long overdue measure for separated friends and families, and good news for businesses ”, indicated the Commission on Twitter.

“It’s a fantastic boost for business and commerce, and it’s great that families and friends from both sides of the ocean can come together again.”, also welcomed on Twitter British Prime Minister Boris Johnson. “Great news for travelers from the UK to the US”, reacted on the same social network, the head of British diplomacy Liz Truss. “It’s important for our economic recovery, our families and our trade. ”

“Excellent news for German and European investments, our exports and the entire transatlantic relationship”, still claimed on Twitter Olaf Scholz, German Vice-Chancellor and Minister of Finance.