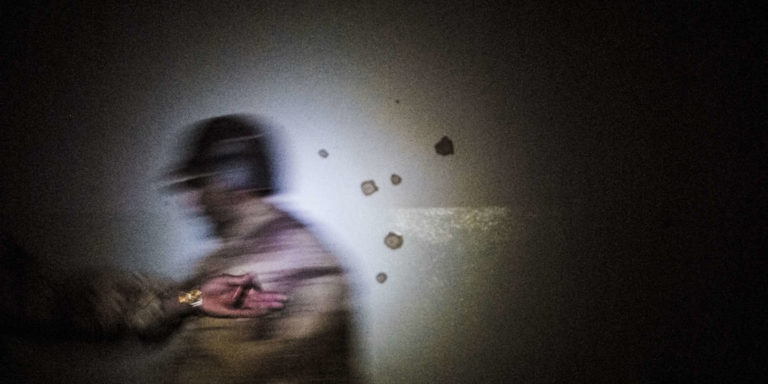 Reserved for our subscribers

DecryptionInstead of tracking down Bin Laden’s last backyard after the Afghan victory in December 2001, Washington made the mistake of occupying two countries. This lack of lucidity has opened up new fronts for the jihadists and unleashed deadly counterinsurectional wars.

On war, Clausewitz should always be reread. What the Prussian strategist describes as the “Fog of war” is obviously topical when we talk about the “wars of September 11”. In his posthumous treatise Vom Kriege (“On War”, 1832), Carl von Clausewitz highlights the part of uncertainty and chance in armed conflicts. What the world has been experiencing for two decades far exceeds his warning.

At “Kingdom of uncertainty” what is war – Clausewitz on the premise that “Three quarters of the factors on which a war action is based are shrouded in the more or less thick fog of uncertainty” -, Al-Qaida and the United States have become masters. Princes of chance and darkness. However, from a strategic point of view, even if one should be careful not to pass judgment on a conflict that could last for generations, the advantage for the moment is, despite its military inferiority, on the side of the movement. international jihadist.

Before entering the “Fog of war” and to evoke the different ways of thinking about the balance sheet of September 11, a factual reminder in three dates is essential.

On February 23, 1998, in his “Declaration of the World Islamic Front for Jihad against the Jews and the Crusaders”, Osama Bin Laden declares war, calling for “Kill Americans and their allies, civilian or military”. No one then takes it really seriously.

On September 11, 2001, Al-Qaida for the first time succeeded in attacking the United States on their soil, in New York and Washington. Bin Laden claims responsibility for the attacks in the name of Al-Qaida. President George W. Bush in turn declares the “War on terrorism” (” War on Terror “), whose first action is to support the Afghan mujahideen who have been fighting for years against the Taliban, hosts of Al-Qaida.

Methodology: our statistical processing and our cartographic work are based on the Global Terrorism Database (GTD) produced by the University of Maryland in the United States. It lists all the terrorist attacks committed in the world between 1979 and January 2020. We have extracted the Islamist attacks thanks to the academic work of Jennifer Varriale Carson (Central Missouri University) in the journal Homicide Studies (October 2017) and thanks to the report (published in November 2019) by the Foundation for Political Innovation under the direction of Dominique Reynié, university professor at Sciences Po Paris.

On December 17, 2001, this offensive in Afghanistan, carried out with the support of the American aviation and intelligence services, as well as the ground support of some special forces units, ended with a victory: the Taliban lost the power and the men of Al-Qaida are either dead or refugees in Pakistan. A victory acquired “by proxy”, thanks to the Afghans, without invasion of the American army.

Afghanistan is at peace. No state or territory offers more refuge to Al-Qaida. The only problem concerns Pakistan, historical hotbed of jihadists since the Afghan war against the Soviet Union (1979-1989), where the military secret services (ISI) play a double game, Washington allies on one side, sponsors of the Taliban and their al-Qaida companions on the other. The Americans then commit the first of an incredible series of mistakes that will mark the next two decades and topple the world into chaos: they give up chasing bin Laden and his last three hundred supporters, who managed to escape. on the night of December 16 to 17, from the Afghan mountains of Tora-Bora to Pakistan.

You have 78.1% of this article to read. The rest is for subscribers only.