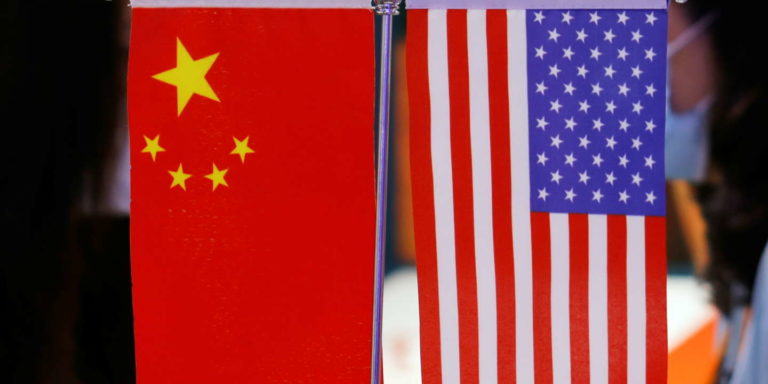 For the first time in seven months, US President Joe Biden spoke by telephone on Thursday, September 9, with his Chinese counterpart, Xi Jinping. Economic issues, climate change, COVID-19 … the list of disagreements between Washington and Beijing is long and growing, but during this 90-minute interview, the two leaders discussed the need to prevent the competition between the world’s two largest economies escalates into conflict.

In a statement, the White House said Joe Biden and Xi Jinping had a “Strategic discussion” especially on “Subjects where our interests converge and others where our interests, values ​​and expectations diverge”. President Biden underscored the United States’ enduring interest in peace, stability and prosperity in the Indo-Pacific region and around the world, and the two leaders discussed the responsibility of the two nations to ensure that that competition does not degenerate into conflict ”, indicates the White House press release.

Chinese state media reported that the conversation had been “Deep” and “Frank”, adding that the Chinese president had said that US policies towards China were weighing on relations between the two countries. “China and the United States should (…) show strategic courage and insight, as well as political audacity, and bring China-US relations back to the right path of stable development as soon as possible ”Xi said, according to statements reported by state media. Relations between Washington and Beijing have gone through a difficult time under Donald Trump, who launched a trade war between the two leading world powers.

Little progress since the election of Joe Biden

Since the first phone call between Xi Jinping and Joe Biden in February, occasional high-level meetings have yielded little progress, especially during a tense exchange in March between Secretary of State Antony Blinken , and senior Chinese officials he had met in Anchorage, Alaska. But while defending multilateralism and calling for an end to the politics of “America first” of the former Republican president, the Biden administration has maintained tariffs and is keeping a hard line on other contentious points in the relationship with Beijing.

The announcement of the Xi-Biden talk has driven stock markets in Asia and Europe upward, with investors hoping this will lead to a relative thaw in relations between the two economic powers.

Le Monde with AFP and Reuters