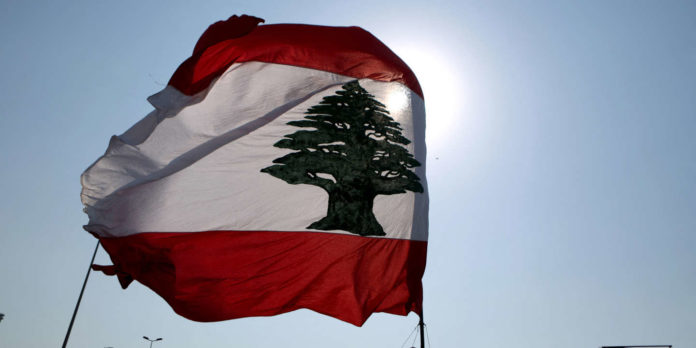 Lebanon adopted a new government on Friday, September 10, after thirteen months of waiting marked by interminable political negotiations which worsened an unprecedented economic crisis which sank millions of Lebanese into poverty.

The President, Michel Aoun, and the Prime Minister-designate, Najib Mikati, “Signed the decree to form the new government in the presence of the head of Parliament, Nabih Berri”, the presidency said on its Twitter account.

The new team includes apolitical personalities, some of whom enjoy a good reputation, like Firas Abiad, director of the Rafic-Hariri government hospital, spearheading the fight against the coronavirus. The appointment of Georges Kordahi, star television presenter known for the Arabic version of the show “Who wants to be a millionaire”, however, has sparked some mockery on social networks.

One of the worst economic crises, according to the UN

The government of 24 ministers is expected to hold its first meeting at 11 a.m. on Monday, Cabinet Secretary General Mahmoud Makiyye said. Mr. Mikati pledged to seek help from Arab countries, while relations with the wealthy Gulf monarchies have been strained for several years, amid a regional standoff between Shiite Iran, an ally of the powerful Lebanese movement Hezbollah, and the Sunni Gulf. Another promise of the new Prime Minister: the holding of the next legislative elections, scheduled for May 2022, on time. They are considered crucial for the beginning of a renewal of the political elite, almost unchanged since the civil war (1975-1990).

The country has been without a government since the resignation of Hassan Diab’s cabinet, a few days after the devastating explosion at the port of Beirut on August 4, 2020, which left more than 200 dead and devastated entire neighborhoods of the capital. The unprecedented economic crisis that the country has been going through since the summer of 2019 then continued to worsen, the World Bank calling it one of the worst in the world since 1850. With soaring inflation and massive layoffs, 78% of the Lebanese population now lives below the poverty line, according to the United Nations Organization (UN).

Article reserved for our subscribers Read also In Lebanon, with those who remain

Free fall of the local currency, unprecedented banking restrictions, gradual lifting of subsidies, shortages of fuel and medicines, the country has also been plunged into darkness for several months, power cuts lasting up to more than ten hours a day. . Neighborhood generators, who generally take over, also ration homes, businesses and institutions, for lack of sufficient fuel oil, which has become expensive and scarce in a country short of foreign currencies and in the midst of the lifting of subsidies on several basic products.

Many challenges thus await the next government, in particular the conclusion of an agreement with the International Monetary Fund, with which the talks have been interrupted since July 2020. The formation of this government was for the international community an essential step to get Lebanon out of the country. the crisis and unblock other substantial aid.

Since the explosion, donor countries had contented themselves with providing emergency humanitarian aid, without going through official institutions. The European Union was quick to react on Friday to the announcement of the new Lebanese government, with the head of European diplomacy, Josep Borrell, insisting on the need to “Implement the long-awaited reforms”.

Read the report: “We repaired the houses but we did not repair the people”

At the end of July, Mr. Aoun tasked Najib Mikati, former prime minister and the country’s richest man, with forming a new government after the failure of his two predecessors. Former Prime Minister Saad Hariri threw in the towel in mid-July after nine months of difficult negotiations. After his resignation, he accused Iran, Hezbollah’s main supporter, of“Hinder” the birth of a reforming government. Before him, Ambassador Moustafa Adib had also returned his apron.

Despite threats of sanctions from the European Union, warnings and accusations of“Organized obstruction” Lebanese political leaders have continued their usual bargaining in recent months. In early August, French President Emmanuel Macron, who closely follows the Lebanese file, accused the ruling class, widely hated by the streets and having survived a popular uprising in the fall of 2019, of doing “The bet of rotting”. 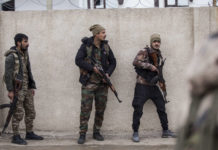 In Hassaké prison, IS’s fierce resistance to the Kurds 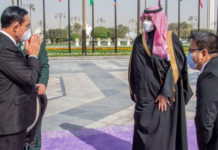 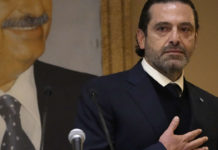 In Lebanon, the end of the Hariri era sows confusion in the Sunni camp

ABOUT US
get your daily dose of news, updates & trends curated from around the world. at Magazine.com.co we provide the latest and most trending information.
FOLLOW US