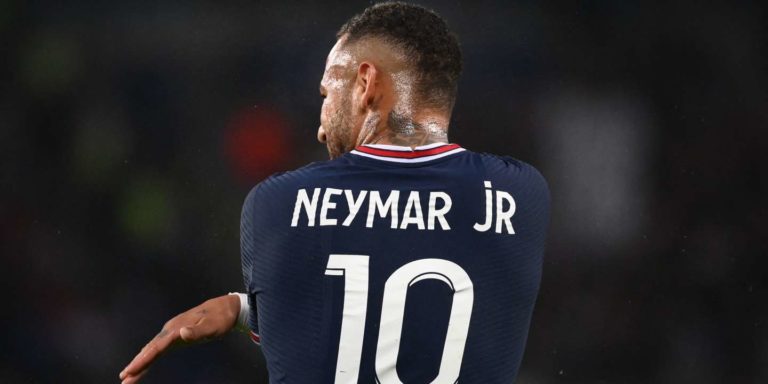 Six out of six. Paris-Saint-Germain (PSG), who lined up their magic trident Messi-Mbappé-Neymar at kickoff, won, Sunday, September 19, at the Parc des Princes, against Lyon, a sixth victory in six matches of the championship of France. The Parisians beat OL 2-1 in the last minutes. They now have 18 points out of 18 possible with already a comfortable lead of five lengths over their runner-up Marseille, who won 2-0 against Rennes.

Read also PSG-Lyon: at the end of the suspense, Icardi offers victory to Paris!

The Lyonnais opened the scoring by Paqueta in the second period (54e) before Neymar’s equalizer from the penalty spot (66e). But it was only in stoppage time that PSG made the difference thanks to Mauro Icardi (90e + 3).

In an attacking match, a great advertisement for Ligue 1, OL did not deserve it but left with nothing, after three successive victories, the Europa League included.

The Parc des Princes, which saw Messi playing for the first time for PSG, dreamed of celebrating with a goal from the “Pulga”, but we will have to wait.

Read also Messi, Neymar, Mbappé: PSG will have to manage the egos

OL thought they were spoiling Messi’s housewarming party and redo the coup of last year, winning 1-0 at the Parc, after the opening scoring of Lucas Paqueta (53e). But Neymar obtained and transformed a penalty (65e). Then Kylian Mbappé served Icardi well, scorer with an uncrossed header (90e + 3).

Mauricio Pochettino still has work to do to make his orchestra sound. For a long time the intense pressing advocated by Peter Bosz, the Lyon technician, embarrassed the Parisians. This time, the Argentine technician had placed Messi in playmaker, behind the trio Kylian Mbappé, (finally aligned despite the blow received in Bruges), Neymar and Angel Di Maria, suspended in C1.

The no 30 touched a lot of balls and sought to combine, especially with Mbappé, more than in Belgium. He tried to throw it, but the “Saloon door” Malo Gusto-Jérôme Boateng closed on Mbappé (5e). When the Bondynois returned the favor, with a heel, Messi hit too softly on Anthony Lopes (17e).

His teammates scrambled for Messi to score his first goal, like his former Barcelona accomplice Neymar, who after a laser breakthrough served the Argentinian with a heel, but the strike from the no 30 was too crossed (32e).

No goal either on this delicious free kick which left Lopes unmoved but made the square tremble (37e). Messi left his place to Achraf Hakimi (76e) for the last quarter of an hour.

For Gianluigi Donnarumma, it was the second at the Park, after his easy clear round against Clermont (3-0). On the bench in Bruges, the Italian this time made a good save, boxing a wrapped shot from Xherdan Shaqiri (18e).

As PSG purred, Lyon surprised him in his sleep. A left side climb from Karl Toko-Ekambi cut the Parisian team and Paqueta took full advantage of his through ball to beat Donnarumma along the post. Marquinhos did not see the Brazilian behind his back, Idrissa Gana Gueye came back too late and Presnel Kimpembe was too far away.

But Neymar, very good Sunday, shook his team. Of the three star strikers, he is the one who defended the most, recovering balls like a Marco Verratti, still absent for a knee injury. His small step on the penalty spot is always irresistible, and he deceived Lopes on a penalty which he himself had obtained, after having trapped Malo Gusto, who had been excellent until then.

The Brazilian could have achieved the double if Thilo Kehrer had not blocked his way in a funny action (84e). But Mbappé and Icardi made up for it. The heroes were not the ones expected. In addition to Icardi, the Park also paid tribute to Rai, named best player in the history of the club, before kick-off. See you in Metz on Wednesday to hope to see Messi score his first goal in the PSG jersey.